Select an option to show its price :

Select options to show its price :

Free shipping in Canada on orders over 99$. See Details

Follow your nose and take a trip to the land of American whiskeys including bourbon, the best-known of them all.

The aromas are classified in families on the book’s companion aroma wheel.

This illustrated and instructive book recounts the story and secrets of making American whiskey, largely unknown beyond the borders of its birthplace. What is a straight American whiskey? Or sour mash? What effect does using barrels made from American oak (Quercus alba) bring?

The foreword is written by Chris Morris, master distiller at Woodford Reserve and a famous name in bourbon circles who created the American whiskey aroma wheel more than 20 years ago.

Renowned journalists and authors Hans and Becky Offringa aka The Whisky Couple tell the fascinating story of American whiskey, from the origins of the distilling process to the current proliferation of craft distillers via the dark days of the Prohibition era.

An impressive map of the United States identifies 122 distilleries whose bourbons and  whiskeys are listed by aroma group in the book’s last chapter. 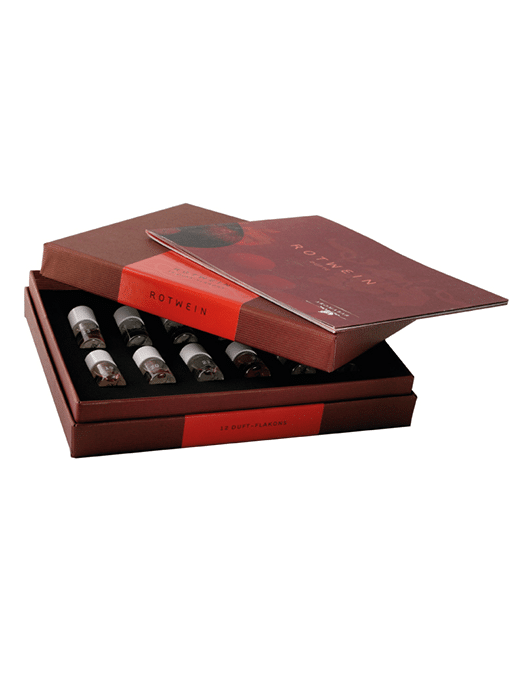 AROMABAR OF RED WINE Red wines mostly contain aromas from red fruits such as strawberries, raspberries and cherries. But they also like to be combined with tangy aromas, such as mint. Every grape variety contains… 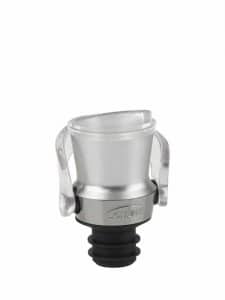 Dripless pourer and stopper by Trudeau. Pour precisely and without dripping by lowering the handle of the spout. To close your bottle and preserve it, lift the handle. Lifetime warranty with Trudeau 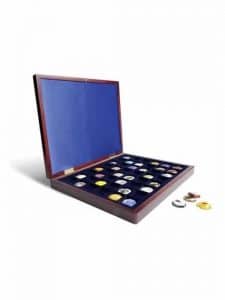 The luxury Mahogany-style Volterra box is a perfect finish and is particularly suitable for a neat and refined presentation of your collection. Decorative motif printed on the lid, interior lined with bluish-tinted satin. The discreet… 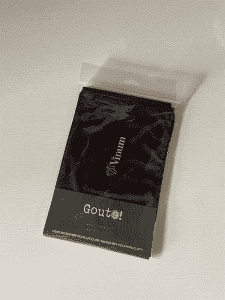 Vinum’s Perfect Glass microfibre polishing cloth is the perfect tool to dry and shine your glasses and decanters. Its black color avoids visible stain on the cloth and gives it a modern look. Up to… 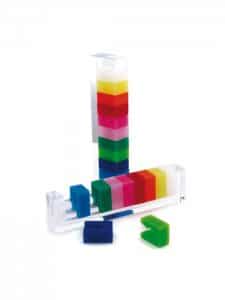 Made of silicone, 10 pcs of glass identifiers in different colours. It is suitable for appetizers, cocktails, wine tastings or events where the glasses are easily mixed up. Presented on a plastic bar that can be stored… 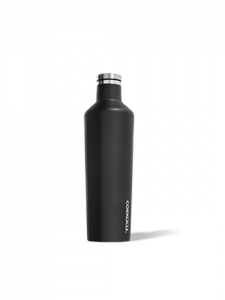 This insulated bottle is a classic for adventures in both summer and winter time! Perfect to keep a wine bottle fresh!!! It will keep your beverage cold up to 25hrs and hot up to 12hrs.… 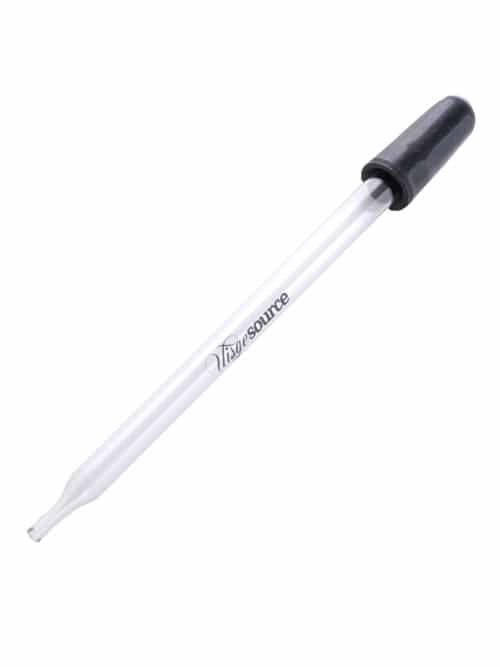 Uisge Whisky pipette. This whisky pipette allows you to measure precisely the amount of water to add to your whisky, in order to have the perfect tasting experience! 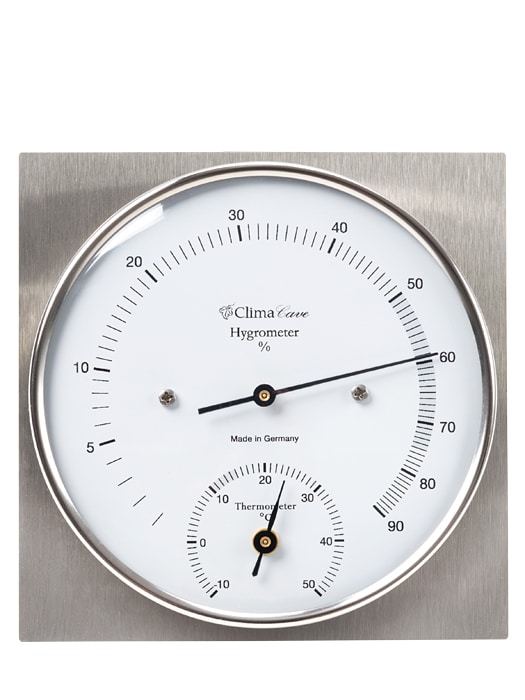 This Thermometer-Hygrometer indicates the temperature and the humidity of your cellar. 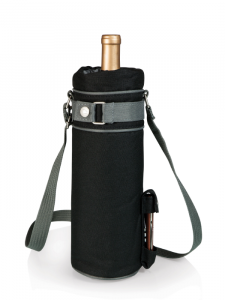 Bring your favorite wine everywhere with this fully insulated carrying bag. The bag has an adjustable strap and comes with a stainless steel corkscrew stored in a secure pocket. With a sober black and gray… 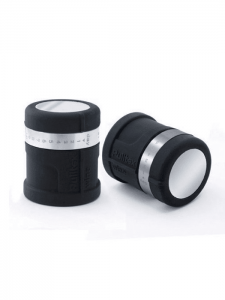 AntiOx stopper with rotative dated ring. The AntiOx Stopper is provided with a device in its inner part including a patented revolutionary system of avoiding the oxidation of the wine inside the bottle. Once a wine bottle is… 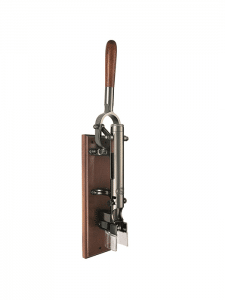 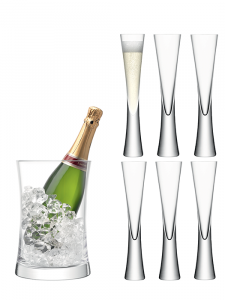 A mouth-blown glass champagne serving set.(6 flutes and 1 ice bucket). Each flute's fine bowl and thick, flared stem is mouth blown as one piece of glass. The ice bucket has a complementary curved design,…