Home > News > Everything to know about drinking glasses and their history

Everything to know about drinking glasses and their history

Drinking glasses, whether for water, wine, a cocktail or any other beverage, are an essential part of our tables. However, not all glassware is the same and not all glasses have the same purpose. Apart from their visual aspects, drinking glasses play an essential role in tasting. Their shape, size or even the material used can have an impact on the development of aromas and the sensations on the palate.

Learn more about the different types of drinking glasses, their history and uses.

The history of the martini glass

The martini glass has become an iconic cocktail glass, thanks in part to its distinctive silhouette, and is now associated with sophistication and style… often attributed to the famous British secret service agent James Bond!

Created in the 19th century, this glass was first simply called a “cocktail glass”. During the 1920s, at the time of Prohibition in the United States, it became exceedingly popular because of its style, but above all because it could be quickly and discreetly discarded during surprise searches in clandestine bars. The unique looking glass was later categorized as a “martini glass” to reflect its signature drink, the Martini cocktail.

The martini glass offers many advantages for this type of cocktail. Its small capacity makes it ideal for enjoying strong alcoholic cocktails. Another advantage is the good thermal insulation provided by the long stem. This encourages a grip that will not affect the temperature of the cocktail. Finally, its wide rim effectively diffuses the aromas and its large surface area causes tension in the glass which allows the bouquet of the spirits to be released efficiently.

The goblet and the flute for champagne tasting

Many legends have it that the champagne glass was modeled after the bosom of Marie Antoinette, Queen of France under Louis XIV or the Countess of Pompadour, aristocrat and mistress of King Louis XV. In fact, the champagne glass as we know it would have been created in England in 1663, a century before the French aristocrats.

The goblet is a unique type of drinking glass with a shape that allows carbon dioxide to escape more quickly, a desired effect in this era to reduce bubbles in the drink. Since then, customs have changed and so have the glasses!

The champagne flute first appeared in the 1930s. This much narrower type of drinking glass was, according to wine lovers, better suited to the tasting of the champagne of the time, which was drier than the previous era. The shape of the flute, having less surface area exposed to the air, limits the loss of bubbles and consequently the drink’s aromas.

Today, the shape of the flute continues to evolve towards a more rounded shape that is closer to traditional wine glasses, also known as tulip glasses.

The cognac glass: a history dating back to Ancient Rome

The cognac glass is a special type of drinking glass shaped like a balloon on a short stem. It has changed somewhat over time to better adapt to its signature beverage, cognac, and offer a better tasting experience. Its shape has evolved to provide a better grip, allowing the beverage to be slightly warmed for optimal release of alcohol and aromas. It has been used since Roman times in its simplest form and is therefore an improved version of the commonly used cup of the time.

The round shape of the glass ensures a deep inhalation of the liquor during tasting. This shape, whether the glass is small or large, awakens the senses, from touch to taste, sight and smell. This is why this type of drinking glass is still used today when tasting brandy, Armagnac and Cognac.

Some connoisseurs prefer tasting in a tulip glass, which is less round and above all more flared at the top for a sharper direction of the aromas on the palate during tasting. Moreover, its high stem prevents the cognac from warming up when you hold it in your hand, as it should be served at room temperature. Its round shape also allows for good aeration while intensifying the aromas at the top of the glass.

The Glencairn glass, now a big favourite among whisky lovers, made its appearance long after the other types of drinking glasses. It was only created in 2001, by the Scottish-based company Glencairn Crystal Ltd. The aim was to market a glass created specifically for whisky tasting. According to Glencairn and its director Raymond Davidson, it was high time to make a glass worthy of this beverage available to the general public.

The shape of the glass is remarkably similar to the tulip glass, called a Nosing glass, which was then used in Scotland’s whisky laboratories. With the help of master blenders from the 5 biggest distilleries in Scotland, the design of the Glencairn glass was finalized. Its open and easy drinking allows the aromas to travel easily to the nose during tasting. Its wide and solid base offers easy handling and its rounded shape allows good aeration and a clear view of the whisky’s colour.

In 2006, this type of glass won the Queen’s Award for Enterprise, which rewards companies for innovation, international development and commitment to sustainable development. The Glencairn glass can now be found in all the distilleries in Scotland and Ireland, as well as most of those in America. Whisky finally has its own glass!

elevate your drinking experience with a whisky glass

Choosing the right drinking glass for your beverage

The different types of drinking glasses are not a marketing gimmick aimed at pushing consumers to acquire more and more glasses, but rather a genuine desire to offer the best possible tasting experience. If you want to get the most out of the aromas of your beverage, it is highly recommended to use the appropriate glass. Simply tasting the same wine in differently shaped glasses will be enough to convince you.

Have we piqued your curiosity? Contact us now! The Vinum Design team will be pleased to guide you through the wonderful world of glasses and tableware that will enhance your knowledge and improve your tasting experience. 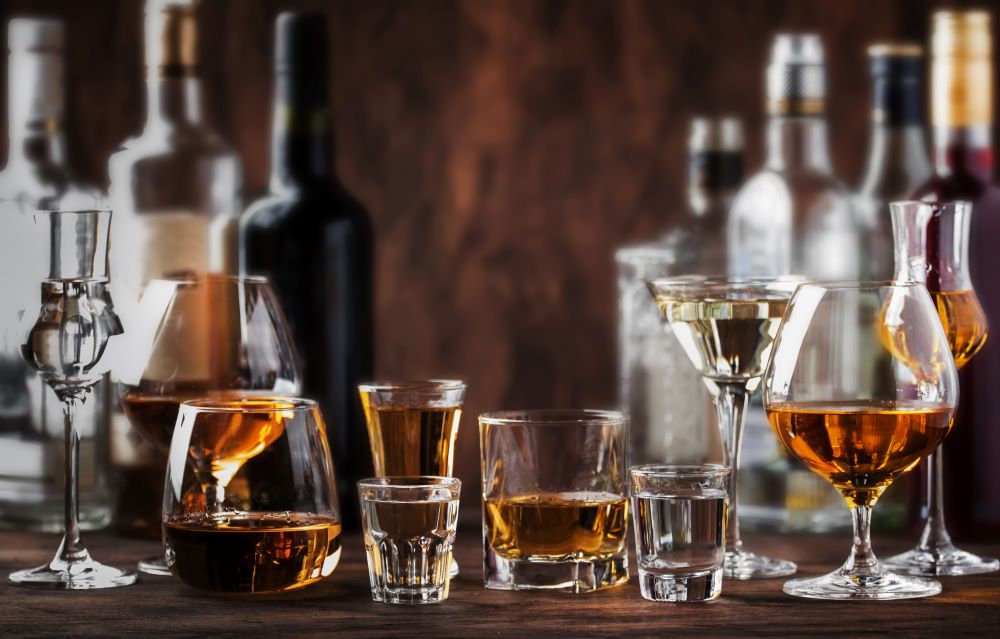