Home > News > The History of Glass: Origins and Evolution

The History of Glass: Origins and Evolution

Glass is an essential element of our tables, whether for drinking water, wine, a cocktail or any other beverage. However, not all glasses are made alike and serve the same purpose. In fact, beyond their visual aspects, glasses play an essential role in tasting. Their shape, size or the material used can have an impact on the development of aromas and sensation on the palate.

Learn more about the history of glass, its emergence and evolution, as well as the different types of glass materials used and their unique features.

The emergence of glass and its different materials

The ancestor of present-day wine glasses originated in the Egyptian Empire around 3000 BC. However, it was not yet made from the glass material we are familiar with. It was not until 1500 years later that this material could be found on the table, with the appearance of the first glass tableware.

Glass goblets became widespread in Roman times with the technique of blown glass, which was highly coveted by the wealthy inhabitants of the Empire. The less affluent were content with metal or terracotta containers. Indeed, at the time, glass was as expensive as precious metals. For several centuries, the Romans continued to use cups made of lead, silver or pottery, while container technology was refined and shapes diversified.

At the dawn of the 14th century, manufacturing methods became more democratic and prices fell, making glass a prime material for making wine glasses. This is also when the first standing glasses appeared. These were not widely used until much later, at the court of King Louis XIV (1679 – 1682), during the Affair of the Poisons. Following a series of murders by poison, the king required the servants to carry the glass by the foot, which prevented them from pouring poison into the drink.

The history of glass across Europe

As early as the 15th century, Venetian glasses dominated the market with the cristallo of Murano. This glass is the closest to today’s crystal because of its brilliance. One of the reasons why this material was highly coveted is that it becomes soft when melted, allowing for more refined shapes and ornaments. This feature made it a European favourite. The “Venetian way” of glassmaking is prevalent in all glassworks.

At the end of the 16th century, the prestige of Venetian glass began to decline, as its work required huge quantities of wood to heat and melt the glass. This led to the migration of skilled labour to forested areas, such as Bohemia.

This is when Bohemian crystal appears and competes with cristallo. The glassmakers of this region were recognized all over Europe. Among them was Johann Christophe Riedel, born in 1673, who learned the art of glassmaking and trade. Today, after 13 generations of perfecting techniques, the name Riedel is synonymous with quality wine glasses all over the world.

In 1676, real crystal appeared in London through the use of a mixture of coal and lead oxide. The English then gained a monopoly on luxury glass, which they maintained for nearly a century. The jealous French King Louis XV supported the foundation of a glass factory in Baccarat, then the Royal glass factory in Saint-Louis, giving birth to the first French crystal in 1785.

The evolution of glass shapes for unparalleled tastings

In the 19th century, industrialization made glass a household object. From then on, glass appeared in homes for cups and carafes, as well as containers for food preservation. Glass was no longer considered a luxury material and its use became commonplace. The ingenuity of the craftsmen does not stop there, however. Claus Riedel was the first to recognize the impact of the glass shape on wine tasting. His Sommeliers Collection, which was launched in the late 1950s, was the first to present a variety-oriented range of products. Each glass shape is perfectly matched to its grape variety. Several companies followed suit, which today allows us to have such a varied selection.

Glass: a modern object with an ancient history

The history of glass goes back to antiquity. This common object in our daily lives has undergone many evolutions over the centuries, with many changes in its materials and shapes.

If you are looking for the ideal glass for tasting wine or spirits, we invite you to contact our team. We have excelled in the domain for many years and have the knowledge to recommend the perfect glass for your beverage of choice. 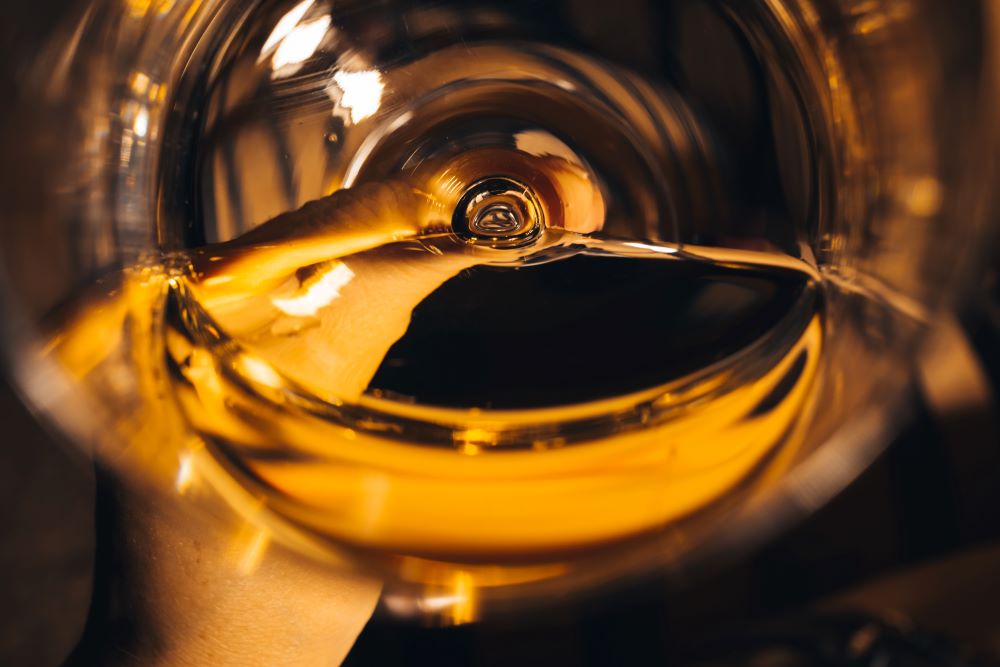