Home > News > 6 simple cocktails to enjoy on the patio

6 simple cocktails to enjoy on the patio

Cocktails are making a strong comeback with the rise of spirits, specifically local spirits, over the last few years. Sipping on a cocktail rather than a beer on a terrace has even become commonplace.

Here is a selection of simple cocktail ideas you can easily recreate at home. To your shakers!

Margarita: a fresh cocktail ideal for a summer patio

There are many stories about the invention of the classic Margarita, the most popular one being from Acapulco in 1948. It describes an American named Margaret Sames who went to Mexico for Christmas and got into the habit of serving her guests a refreshing combination of tequila, triple sec and lime juice. It is said to be a Mexican adaptation of the Brandy-based Daisy (Margarita in Spanish). It has since been considered a poolside afternoon cocktail and remains one of the most popular cocktails in North America.

A fresh Margarita ready in a few minutes

The Margarita is a simple cocktail to make and only requires a few ingredients:

For a frozen cocktail, you can mix the ingredients with ice in a shaker or blender. You can also add an extra touch of flavour and garnish by running a lime around the rim of your glass and dipping it in some salt. To fully enjoy all the flavours that a Margarita has to offer, we recommend serving it in Marie-Antoinette style glass or in an Old Fashioned glass.

Vodka was unfamiliar to most Americans in 1939, so John Martin, owner of Smirnoff at the time, wanted to introduce his spirit to the United States. He contacted his friend Jack Morgan, owner of a Los Angeles pub, who was also in the midst of promoting his new product: ginger beer. They partnered with Sophie Berezinski, a young Russian woman who immigrated to LA and produced copper cups. Together, they created a cocktail that is very well known today featuring vodka and ginger beer served in a copper cup!

Despite holding the name “Moscow” (references vodka’s origins) and “mule” (suggesting that it would be as harsh as an animal’s kick), the cocktail originates neither from Russia nor from a Midwest ranch. Instead, it was a marketing plan from three imaginative entrepreneurs with a great idea that is still being enjoyed today.

How to prepare a Moscow Mule

The Moscow Mule is a very popular summer cocktail for its flavours, refreshing side and simplicity to prepare.

Put ice cubes and lemon slices in a glass, add the vodka and lime juice, mix using a cocktail spoon and top your glass with the ginger beer. Finally, enjoy the cocktail! We recommend serving it in a Moscow Mule mug.

The Negroni is a worldwide classic when it comes to bitter and refreshing cocktails. It originated in Florence, Italy in the early 20th century. At the time, the aristocracy would meet at Café Casoni for a drink before dinner and Camillo Negroni would drink an Americano: a cocktail made of Campari, red vermouth and soda. Following a trip to London, he told his barman to add gin, a recently discovered spirit, to his classic Americano and to remove the soda to make it a stronger cocktail. This was a success, and the Negroni remains one of the best-known cocktails in the world.

The Negroni, a simple cocktail that hits the spot every time

The Negroni is made for lovers of bitter and strong yet refreshing cocktails. This cocktail is extremely easy to prepare:

Place large ice cubes in a glass and add the rest of the ingredients. Mix using a bar spoon and garnish your glass with an orange or grapefruit wedge.

Mojito: A must on the summer patio

According to an early 16th century Caribbean legend, the English privateer and explorer Francis Drake invented the modern Mojito. Legend says that the explorer enjoyed sipping tafia, a cheap industrial rum, with crushed mint leaves between pillages. This mix was named “El Draque” in his honour, but in the 20th century, rum became a higher quality commodity and the Drake evolved. Lime was then added to the original mixture and the mojito became the emblematic cocktail of Cuban culture in 1920, with rum being Cuba’s main export.

The Mojito is the ideal cocktail to enjoy on a patio in the summer. Its sweetness and freshness make it a cocktail that everyone loves.

First, crush your mint leaves and lime wedges in a shaker using a muddler. Follow by adding the ice, rum and simple syrup (or sugar). Shake vigorously, pour in a glass and top it with soda to taste. Finally, for an elevated presentation, garnish your glass with a lime wedge.

A traditional and national recipe in Peru and Chile, the Pisco Sour is a cocktail born in the midst of a nationalist feud between the two countries. Chile and Peru each claim to have invented Pisco, and therefore the Pisco Sour. This eau-de-vie produced by the distillation of grapes, like Brandy or Cognac, generally does not undergo any ageing in casks, which leaves it colourless and lacking the woody aromas of its European cousins. Whether Chilean or Peruvian, Pisco remains a high-quality alcohol made from grapes, satisfying brandy lovers in South America. The cocktail was first mentioned in 1928 during the promotion of the Morris Bar in Lima and in the 1934 novel “La Chica de Crillon” by the Chilean Joaquin Edwards Bello. These two nations clearly cannot agree on the origins of the best cocktail south of the equator!

The Pisco Sour is a simple cocktail to make, using unique ingredients which may not normally come to mind, like egg.

To prepare a good Pisco Sour, vigorously shake all the ingredients except the bitters with some ice in a shaker. Strain the mixture into a glass and add the bitters and a lemon zest garnish before serving.

Find the perfect ingredients for your cocktail

Martini: a simple and beloved cocktail

The most common theory on the origin of the Martini comes from the town of Martinez, California. According to historians and locals, the cocktail was invented in the mid-1800s during the gold rush era. A miner, wishing to celebrate his luck in his search for gold, is said to have asked for champagne at a local bar to mark the occasion. The barman, not having any, insisted on creating a cocktail with the ingredients available at the time: gin, vermouth, bitters, maraschino liqueur and lemon.

Other theories point instead to the beginnings of the Martini&Rossi brand, a vermouth that is still popular today and presumably helped popularize the cocktail in the 19th century. It has evolved over the years and had its heyday in the 50s and 60s during the Mad Man era, when workers consumed it generously during their business dinners. Fortunately for our health, it is now more common to consume it after a workday or on weekends by the pool.

Usually served very cold, the martini is a cocktail that can be enjoyed on the patio on a hot day. It is quite simple to make and doesn’t require any mixology background.

Preparing a martini simply requires adding all ingredients in a glass and mixing with an appropriate spoon.

It should be noted that James Bond, the famous British secret agent from Ian Fleming’s novels, is known for enjoying his martinis prepared in a shaker, which cools and dilutes the cocktail quicker. Shaking a cocktail creates small air bubbles in the mixture, which can be useful for milky cocktails like a Pina Colada, frothy cocktails like a Pisco Sour, or fruity cocktails. On the other hand, it is not as ideal for a Martini, where the predominant ingredients are alcohol and bitters.

Simple cocktails to enjoy this summer

With these recipe ideas, you have more than enough options to get comfortable on your patio and enjoy one of these tasty, simple to make and refreshing cocktails!

Should you need any mixology advice, whether for your own cocktail creations or for information on bar tools, our team is at your disposal. Contact us today for informative and personalized advice. 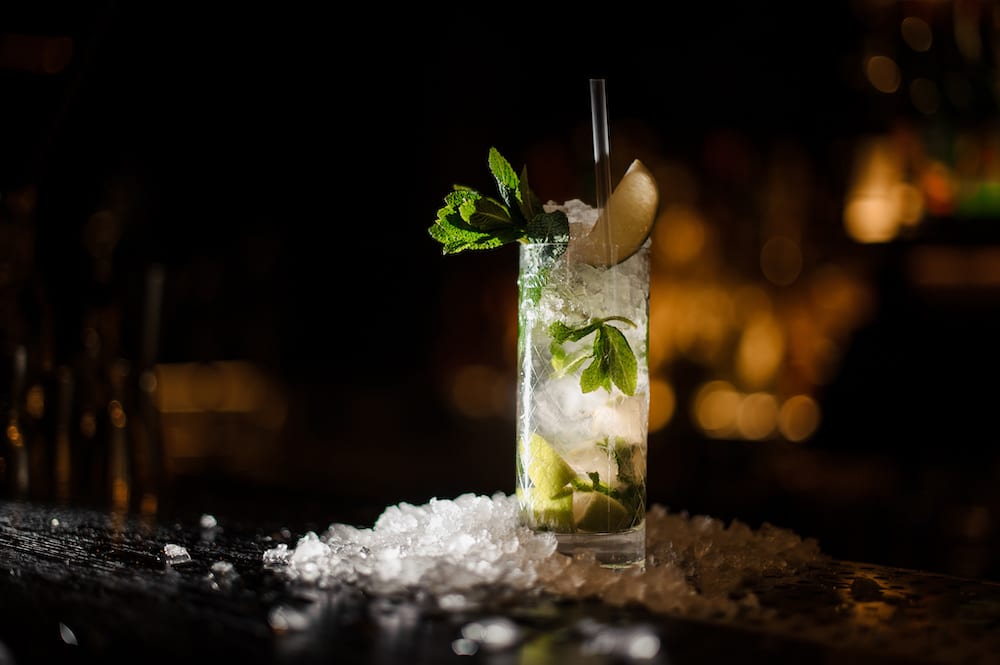